The EC² group is responsible for providing effective, coordinated and academic pedagogical recommendations and oversight for the engineering curriculum that is common and core to all engineering programs at Lassonde. The group will undertake creating a master accreditation unit map, oversee the management of graduate attributes, implement and engage with advisory groups. The curriculum which EC² would oversee are listed in Table 1-2 (see appendices). New common courses and changes to the engineering program core may be initiated at EC². Program-specific degree requirements remain the responsibility of program-level curriculum committees. EC² will work with the Department Chairs to resolve issues regarding schedule and assignment of teaching responsibilities. 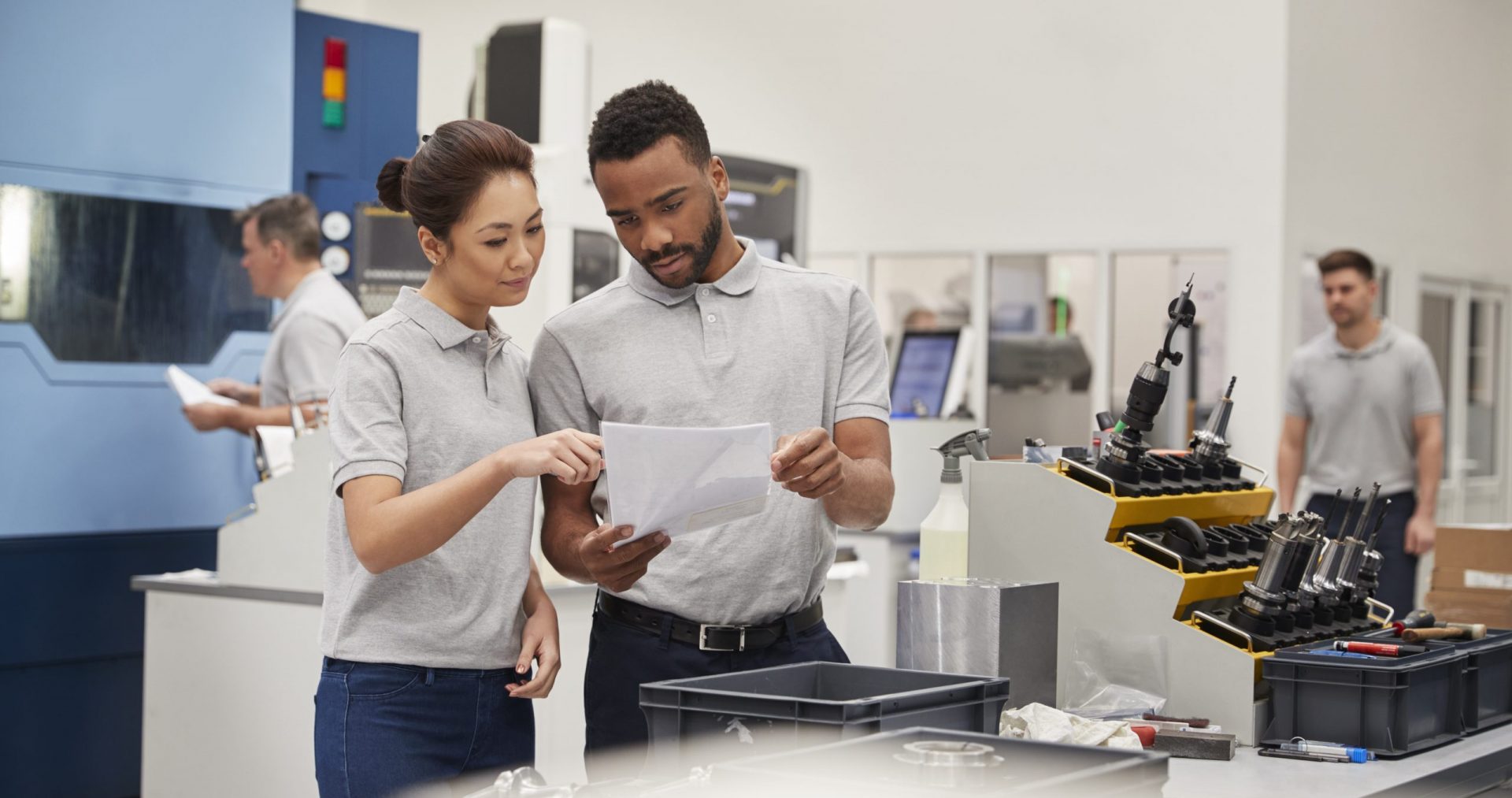 The EC² group is responsible for providing effective, coordinated and academic pedagogical recommendations and oversight for the engineering curriculum that is common and core to all engineering programs at Lassonde. The group will undertake creating a master accreditation unit map, oversee the management of graduate attributes, implement and engage with advisory groups. The curriculum which EC² would oversee are listed in Table 1-2 (see appendices). New common courses and changes to the engineering program core may be initiated at EC². Program-specific degree requirements remain the responsibility of program-level curriculum committees. EC² will work with the Department Chairs to resolve issues regarding schedule and assignment of teaching responsibilities.
As a subcommittee of LCS, EC² is responsible for the coordination and oversight of Engineering curriculum across the School to:

The EC² committee will be responsible for:

2.4. Initiating and seeking approvals for all common engineering curricular items or changes initiated by ‘proponents of change’ (course director, Department Chair, or UPD)

2.7. Program representative members are responsible for leading timely consultations with their respective program curriculum committee prior to a vote that is planned for at an EC2 meeting.

2.8. Program representative members must document that their program curriculum committee was consulted and provide this documentation (e.g. email communication with the secretary, excerpts from minutes) to the committee secretary.

The EC² committee will

2.10. Maintain a standardized practice for initiating curricular change to ensure an expedited process for approvals, including:

2.10.1. The proponent will present the proposal to EC² who will first review and discuss;

2.10.2 EC² members/program representative members will consult with their respective program curriculum committee and report back to EC²;

2.10.3. 1.1.1.  EC² will then approach the respective external program UPD (i.e. Math, Physics and Chemistry) to facilitate discussion and coordinate implementation on changes;

2.10.4. 1.1.1.  EC² will be the authorized central Lassonde committee that will correspond with external programs to coordinate curricular changes in the engineering program core, scheduling and teaching assignments and support for in external courses and program considerations.
The Lassonde School of Engineering is committed to create a community where students, faculty and staff feel welcome and valued, and a place and space for people to thrive in their various endeavors. This means creating policies, procedures, programs, events, and other interventions that work to eliminate barriers, and to establish and sustain the conditions that enable everyone to fully participate in our community. To reach this goal, the committee will support Lassonde’s learning journey to:
• Create a diverse, inclusive integrated teaching, learning and research environment.
• Empower diverse internal and external communities to organically grow by optimizing existing spaces and creating new ones with a culturally inclusive lens.
• Prioritize equitable outcomes by adopting a values-driven integrated approach to research, teaching& learning and operations.
• Cultivate an inclusive interdisciplinary community that brings the diverse perspectives required to envision and devise engineering and science solutions that address environmental, economic and social problems.
4.1. Membership
The membership of EC² shall be as follows:

4.2. Period of Appointments
Ex-Officio Members:
• Each degree program shall have a representative, normally the UPD, but at the discretion of the UPD (or department chair), another member of the program curriculum committee could be designated as the program representative.
• Ex Officio members shall hold their position for the duration of their appointment in that role.
Students:
• The undergraduate students elected and/or appointed as members will serve for one-year, renewable.
4.3. Elections/Nominations
Vice-Chair:
• The Vice-Chair of the Committee is selected by the voting members of the Committee for a two-year term
Students:
• Student vacancies are filled via a centralized process which will be managed by the Executive Committee. The election process is preferably conducted by the undergraduate Lassonde Student Government (LSG).
EDI Champion Role:
• The committee shall select a member, other than the Chair, to take on the additional role of being the committee’s EDI Champion, beyond their normal membership tasks (see EDI Champion Role document)
4.4. Representation by Proxy
• Provisions have been made for elected and ex officio members to designate a substitute.
4.5. Resignations/Dismissal of Members
• Should an elected member resign from the committee, the Chair will endeavor to find a replacement. In the event a replacement cannot be found, a call will go out from the Executive Committee to solicit a replacement from Faculty Council.
• Any member may be dismissed for any of the following reasons: 1) missing three (3) consecutive meetings (except in cases of illness or other weighty grounds); and/or 2) for other cause for which the committee finds to be just.
5.1. Meetings and Protocols
• Committee meetings may be held in-person, virtually via videoconference (Zoom) or in a hybrid/Hyflex format.
• Meetings are open to members of the Lassonde community, subject to the availability of space
• When the committee considers matters relating to specific individuals or to other matters where confidentiality must be observed, the committee may, in the notice for a meeting, declare part of a meeting to be closed or in camera.
• When the committee meets in camera, only committee members may be present.
• The EC² Committee has adopted “York University Rules of Senate” to guide and inform its governance structure and operations.
• This committee shall make its decisions based on a simple majority of those members present and voting at a duly constituted meeting. Curricular items are an exception, as they require a 2/3 majority (see 5.7).
• Committee members will notify the Chair/Secretary if they will be absent from a meeting.
5.2. Chair
• The Chair of EC² is responsible for providing leadership to the committee in pursuit of its mandate. The Chair presides at all committee meetings, acts as the official spokesperson for the committee, and ensures that the committee operates in conformity with the rules enacted by Faculty Council and Senate.
• In the case of the absence or illness of the Chair, the committee may appoint one of the members of the committee to act as Chair pro tempore and for such period the member so appointed shall act as, and have all the powers of, the Chair.
5.3. Quorum
• Per Senate rules, the quorum shall consist of a majority of voting members.
5.4. Timing and Frequency of Meetings
• Meetings will be scheduled on a monthly basis or an as needed basis.
5.5. Standing Orders
• The conduct of the business of the meeting shall be subject to the “York University Rules of Senate”
5.6. Agenda, Administration, and Minutes
• The administration of the committee shall be taken up by the Secretary to the Committee.
• All records of the meetings, including the minutes, shall be retained in accordance with the Common Records Schedule (CRS) for Faculty Councils (ADG15) and Faculty Council Committees (ADG17) under York University’s Information, Privacy and Copyright Office.
• The Secretary to the Committee shall be responsible for ensuring correspondence and decisions made by the Committee are available to relevant people or bodies, including the membership of sub-committees and secretaries of relevant Faculty Councils.
5.7. Voting
• Documents for curricular items or changes will normally be shared with EC2 members one month prior to voting. Within that month, program representatives are expected to consult with their respective curriculum committee.
• One program, one vote. For curricular items, it is the Program Representative member’s responsibility to ensure their respective program curriculum committee and undergraduate program director have been consulted and that the consultation is documented. Motions about curricular items or changes require a 2/3 majority to pass. All other motions shall require a simple majority.
• All members of the committee are voting members unless specifically indicated otherwise. Ex officio and elected/appointed members have the same voting rights.
• Program Representative members are only permitted to vote on a curricular change (to a common course) if their program utilizes the common course(s) (i.e., subscribing programs).
• Votes may be cast in person or by e-vote
• Pursuant to the discretion of the Chair, members may be permitted to vote by means of an electronic communication (e-vote) which enables the votes to be gathered in a manner that permits their subsequent verification
• All course proposals coming out of EC² will go to LCS as consent agenda items to be recommended to Faculty Council.
• Any proposals resulting in degree requirement changes or policy related items will go to LCS and Faculty Council for approval.
• The secretary of EC2 will send a copy and/or summary of curricular decisions and changes to all departmental Chairs and UPDs as items move forward to LCS.
Version Number: 3.0