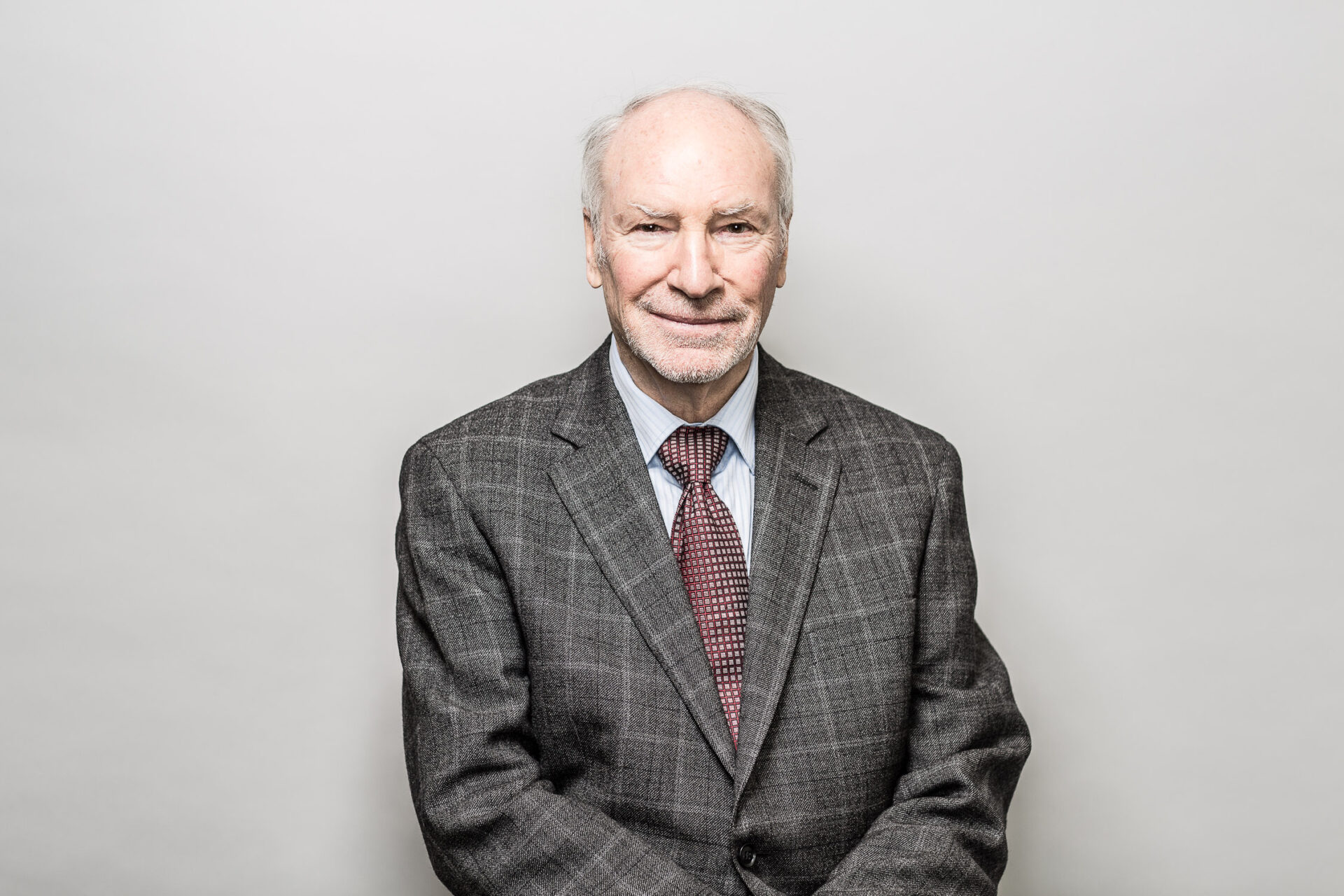 Gordon Greeley Shepherd, professor emeritus at York University’s Lassonde School of Engineering, was born on June 19, 1931, on a hilltop near Consul in the Cypress Hills of Saskatchewan. For high school, he went to Luther College in Regina, which led his way to the University of Saskatchewan for a B.Sc. in Engineering Physics and an M.Sc. in Physics. Shepherd’s M.Sc. thesis was on measuring the temperature of the aurora borealis with a grating spectrometer, supervised by Prof. Donald M. Hunten. This was followed by a PhD in Raman spectroscopy at the University of Toronto under the supervision of Prof. Harry L. Welsh before returning to the U. of S. as an assistant professor, in 1957, in the Department of Physics. At a party that fall, the department members walked outdoors to watch Sputnik-1 pass overhead, Gordon has experienced the whole of the space age.

Gordon became fascinated with optical spectroscopic instruments, so following on the M.Sc. grating spectrometer he built a Fabry-Perot interferometer, for measurements of the aurora but also the airglow, an emission of light from the upper atmosphere. He then set out to measure winds in the upper atmosphere, but for this, he needed an even better instrument. In 1961, on a visit to the Centre National de la recherche Scientifique (CNRS) laboratory in Orsay, France he met a Norwegian scientist, Ove Harang building a “Wide Angle Michelson Interferometer”. Although that individual had a different goal, Shepherd realized that it could measure winds from a satellite; however, that goal would not be reached until 1991, 30 years later. Instead, Shepherd developed a simple photometer to map the red aurora and it was launched on the ISIS-II satellite in 1971, the last of the first four Canadian satellites (the others being Alouette 1, Alouette 2 and ISIS-I). The instrument was called the Red Line Photometer (RLP).

By this time, 1971, he had moved back to Toronto, to work at York University, where Professor Ralph Nicholls had identified space as a priority of the new Physics Department and the Centre for Research in Earth and Space Science (CRESS). The RLP worked well and could map the entire nightside region of the Earth in one satellite pass, discovering a red hot spot on the Earth’s dayside that arose from the solar wind. The ISIS-II data tapes filled one basement room, and from these Gordon’s students published many papers. Around the same time, Canada had inherited a rocket launch site at Churchill, Manitoba that had been built by the USA. The Canadian Bristol Aerospace rockets could fly up to about 300 km altitude, right through the aurora, which occurred almost every night there. Thus, Shepherd’s graduate students were analyzing satellite and rocket data as well as making ground-based measurements. An impressive array of expertise on data acquisition and analysis was built up, developed by his 56 graduate students over the years. Some of his Research Associates spent their entire careers with him, building up a high level of expertise.

This proficiency became of paramount importance when NASA announced that they were going to develop a satellite that would measure “everything about the atmosphere”, by investing a billion dollars into the mission. This Upper Atmosphere Research Satellite (UARS) would fill the space shuttle bay, from which it would be launched with its 10 instruments by the Canadarm. Two countries proposed wind measurements. The French proposal was an early version of the Michelson interferometer, while the Canadian one was much more sophisticated, with the years of student effort behind it, using a CCD detector; which had just been invented. In the end, the two countries cooperated, 3/4 from Canada and 1/4 from France. It was called the Wind Imaging Interferometer (WINDII). The providing country paid for the cost of the instrument, but no flight costs. Gordon Shepherd led the project as Principal Investigator, including the basic design, while the instrument itself was built by Canadian industry. UARS was launched in September 1991, for a two-year mission. When the two-year mark was reached, the majority of the instruments were still working well, so the mission continued until 2005. By the time WINDII was turned off in 2003, it had acquired some 20 million images of the upper atmosphere. As a result, analysis of the data continued, with new discoveries appearing year after year, with the number of York WINDII publications exceeding 100.

Shepherd officially retired in 2001 but continued to act as Director of CRESS for several more years. NSERC and the Canadian Space Agency continued to provide modest support for his analysis of WINDII data, which is still ongoing. So far this year one paper has been published and two more have been submitted (one of them by another NSERC graduate student). Perhaps 2021 will be the last year of a WINDII publication, but maybe not.

Along the way, Shepherd was nominated to the fellowship of all the major space research organizations, becoming a Fellow of the Royal Society of Canada in 1981, the Canadian Aeronautics and Space Institute, the American Geophysical Union, the Canadian Space Agency John H. Chapman Award, the SCOSTEP Distinguished Research Scientist Award in 2014 and the COSPAR Nordberg Medal in 2016. He has published three books, Spectral Imaging of the Atmosphere, Canada’s Fifty Years in Space and From Prairie Skies to Outer Space. In 1993, Gordon Shepherd became Distinguished Research Professor of York University.

Dr. Shepherd celebrated his 90th birthday on June 19, 2021, and is continuing to do research work at the Lassonde School of Engineering at York University, holding both an NSERC Discovery Grant and CSA FAST grant.