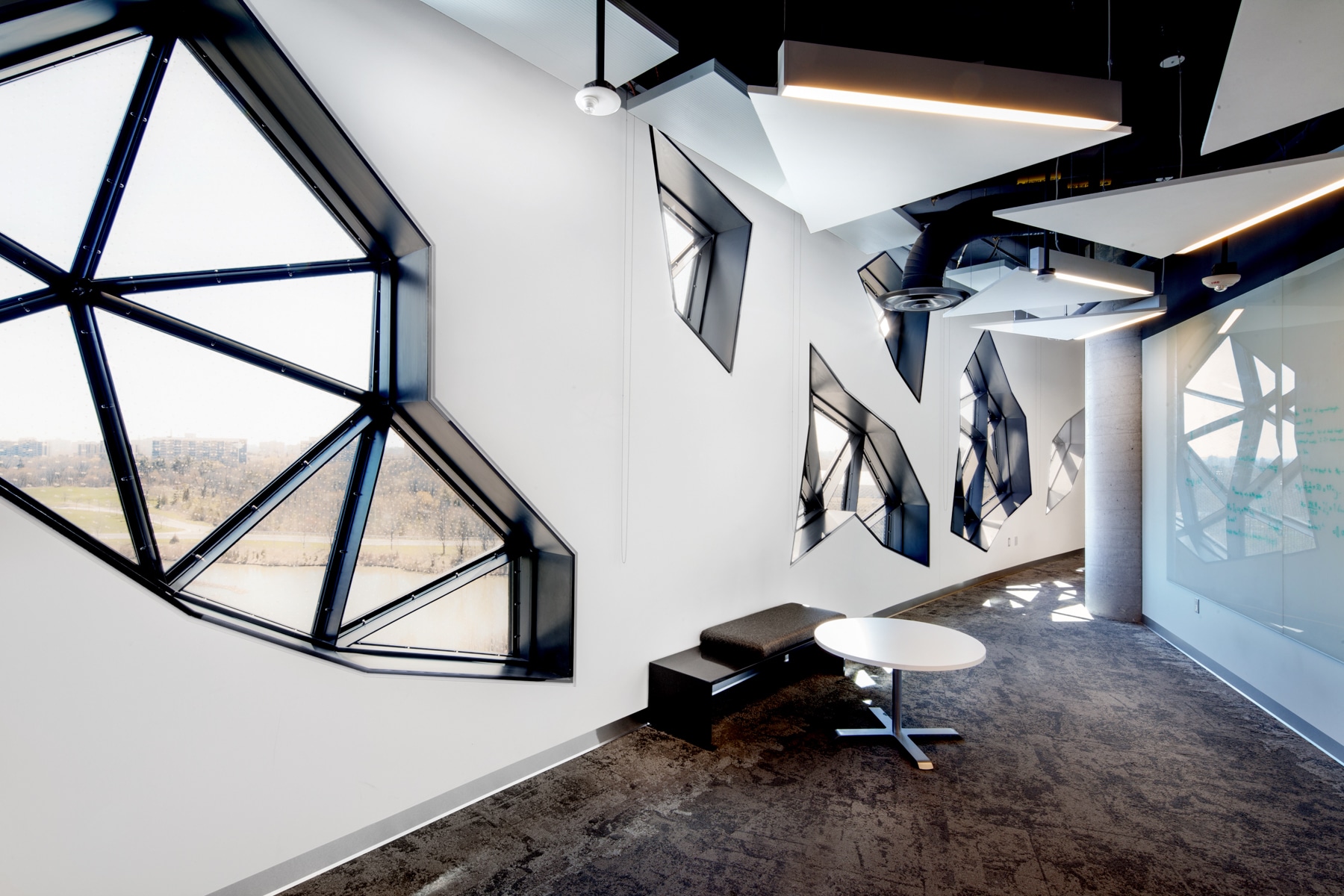 Today’s drones are highly mobile but lack the precision to perform contact inspections. Nikita Iliushkin’s firm, VPT, has come up with a unique rotor design that could lead to what he calls “a workforce in the sky”.

Across the industrial and commercial worlds, drones can be great for visual inspections. But they can’t mimic the hands-on tasks that workers are required to do. In the oil and gas industry, for instance, workers need to place structural integrity sensors in specific spots on a tall stack or storage tank. Imagine a bullseye 2-3 inches in diameter.

Such precision work takes time and is costly. Using ropes and scaffolds can be dangerous for workers too. Toronto’s VPT has now developed a drone that it hopes will apply ultrasonic sensors with pinpoint accuracy.

It won’t replace all of the work of actual operators. “But it’s a lot faster, cheaper and safer,” says Nikita Iliushkin, VPT’s co-founder & CEO.

Today’s drones are highly mobile but lack the precision to perform contact inspections. VPT’s unique design gets around that. Their vector motor moves by pivoting the rotors to perform sub-centimetre positioning of a sensor. The rotors can instantly change the drone’s speed, correct for wind and apply a force. A platform in the middle of the drone remains stable, regardless of how the rotors in all four corners tilt.

The company was accepted into the HAX Accelerator program, which is focused on hardware start-ups. This summer, Iliushkin is working in Shenzhen, China, the hardware capital of the world. “There’s an amazing ecosystem to rapidly iterate and test any type of hardware you’re building,” he said at the end of a long day there.

After, he’s headed to San Francisco to try to raise capital. Then, he’s going to Houston, where VPT has an agreement with an oil and gas inspection company for pilot tests. Beta prototype development is scheduled for later in 2019, with beta unit sales set for early 2020.

While that market is lucrative, Iliushkin says it’s the tip of the iceberg for the stable frame drone design. For instance, you could attach a pressure washer to a drone to do high-rise window washing or clean wind turbine blades. Or attach a hose to paint buildings or ships. Down the road, VPT plans to attach a robotic arm to the drone platform to allow true general work, like welding or construction activities.

“We see the inspection market as a stepping stone, where we’ll develop our core technology before we start branching out,” says Iliushkin. “Our vision is to take this technology and build a workforce in the sky.”

Iliushkin graduated from York University’s business school but met Linar Ismagilov at the Lassonde School of Engineering’s BEST Lab incubator. Ismagilov was the one who first conceptualized the VPT drone design, in 2013, and became VPT’s co-founder. Iliushkin, meanwhile, identified the inspection niche and worked to secure pilot projects.

“You’re not supposed to start a business with a solution, and then work back to see what problem it solves,” says Iliushkin.

Yet he and Ismagilov did so. Now, VPT has a bird’s eye view on countless applications.

The full article was originally published on StartUp here Toronto.