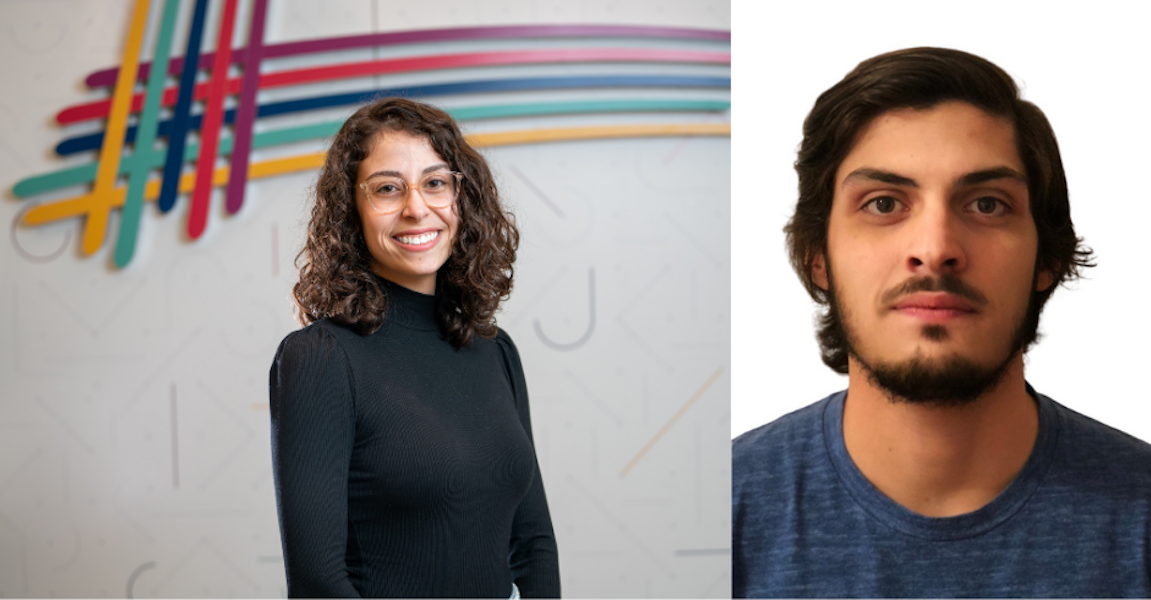 Two students from York University’s Lassonde School of Engineering have received the Nascent Co-op/Internship Students of the Year Award. This award recognizes students for their exceptional contribution to their co-op employer and involvement in the Lassonde community.

Julia Paglia is a 4th year Computer Engineering student who has made a name for herself within the Lassonde community. Her meaningful initiatives and active involvement in numerous competitions and engagement activities has earned her a stellar reputation at Lassonde as well as the broader York University community.

Her summer 2020 work term at DecisivEdge Canada – a technology solutions firm – gave her an opportunity to make a significant impact on the organization.  She worked as a Full-Stack Developer focused on a remote acknowledgement and informed consent platform meant to educate and assess patients and caregivers. In a matter of only two weeks, she was able to learn the code, tools and programming languages needed to push her code into production.

“Decisivedge has opened the doors for Julia Paglia whether as an intern next summer or a regular employee after graduation,” said Michael Pongan, Lead Software Engineer at DecisivEdge. “We know she will be an asset to our company or any company she will join.”

As a result of her immediate contributions, Julia was given more responsibility and was able to provide support to clinical trials during COVID-19 to help build solutions for the global pandemic. Julia was recognized on multiple occasions for exemplifying the company’s core values both in and outside of the workplace. With her 2020 co-op, Julia was able to establish a strong connection between DecisivEdge and York University.

“The nature of my software development was impactful, not only on a personal level but also on a societal level,” commented Julia. “I collaborated with teams in the US as well as India, delivering code that was distributed to clients all over the world.”

As a 3rd year Space Engineering student, Ignacio Isola completed a 12-month co-op at Canadensys Aerospace Corporation in the role of Aerospace Engineering Intern.  During this time, he was an integral part of the design team for a complex avionics project and was instrumental in all phases of the development.  He started by managing one out of three modules and was later trusted with managing a second module. Upon successful delivery of both modules, Ignacio went on to lead the entire assembly process of the units and was able to deliver fully functional hardware to Canadensys customers.

During his co-op, Ignacio found innovative solutions to complex problems and learned new techniques and technologies. Apart from his own responsibilities, he dedicated time to mentoring other interns and showed a remarkable ability to learn new skills which he had passed on to both his peers and senior staff.  Ignacio has also shown a great deal of commitment to Lassonde and the Co-op and Internship program by supporting his peers through the job search process.

“From the moment that Ignacio joined our team, he has been an invaluable employee, participating and contributing to our work at a level that is years ahead of what would be expected from an undergraduate student,” said Luke Stras, Electrical Team Lead at Canadensys. “Over the past 5 years I have worked with dozens of interns at Canadensys Aerospace.  Several of these have been exceptional, but I would rank Ignacio at the top of even this elite group.”

As a result of his contributions and achievements, Ignacio has been offered a full-time position at Canadensys Aerospace after graduation.