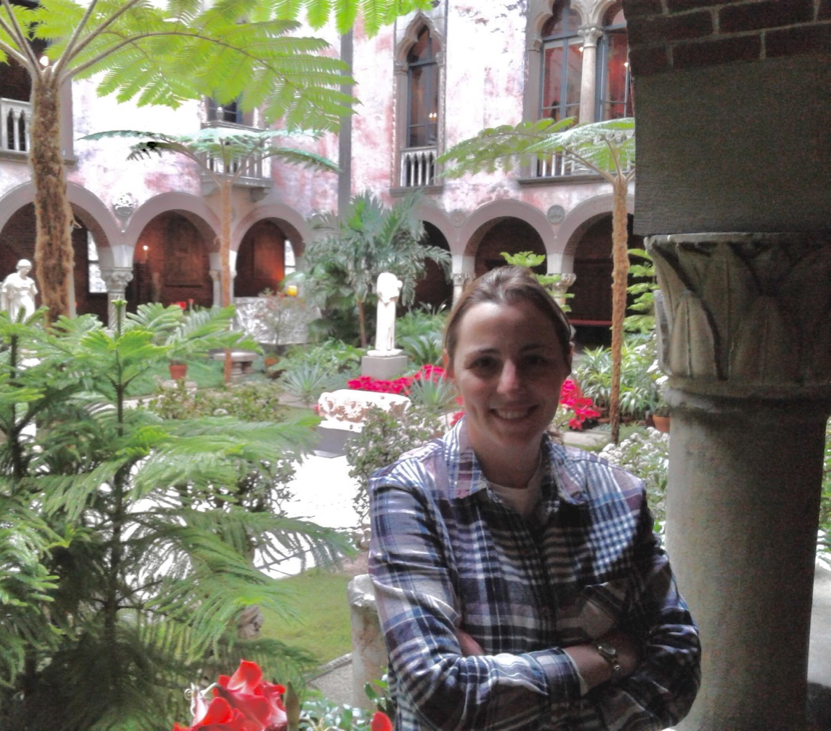 Lassonde School of Engineering PhD student, Athina Peidou, has solved a problem that has occupied the international scientific community for over 18 years.

Co-written by her supervisor Professor Spiros Pagiatakis from the Department of Earth & Space Science & Engineering, Peidou’s finding was detailed in the paper Stripe mystery in GRACE geopotential models revealed and published in one of the top-ranked, peer-reviewed Geoscience Journals, Geophysical Research Letters.

Background on the Mystery

Nearly 20 years ago, a satellite mission, called GRACE was launched to monitor mass transfers occurring above or below the Earth’s surface, by measuring the gravity changes caused by phenomena like ice melt, extreme floods, extensive droughts, landslides and even mega-earthquakes.

The gravity field maps derived from GRACE measurements were obscured by very disturbing thick lines sweeping from south to north, partially masking useful information. For almost two decades the origin of these stripes has been unknown, perplexing researchers across the globe.

That was until Peidou under the supervision of Pagiatakis embarked on the first study of its kind to unearth the cause of these stripes. She focused her attention on the physical mechanism responsible for generating the stripes, with the goal to eliminate them entirely at the source while leaving the geophysical signals intact.

The team used advanced data analytics and simple physics principles to discover the cause of the stripes. Through their analyses, they found that the stripes originate from the specific pattern of GRACE interlaced orbits that sample the Earth gravitational signal, causing the stripes to show up on the gravity field maps – similar to those often seeing on old TV, photos or scanned documents when the scanning resolution is at a critical ratio to the size of the fine pattern of the object being depicted. Discovering this pattern was very challenging and constitutes a significant breakthrough, which may eventually lead to removing the stripes altogether, providing more fulsome data for researchers.

The key to Peidou’s and Pagiatakis success was searching for the root cause of problem and approaching it from the right angle.

“Instead of trying to get rid of the stripes, we wanted to understand why stripes were present in the first place. If you approach the problem from this perspective, you start noticing the various puzzle pieces and details that lead you in the right direction. It is indeed forensic science.”

“Now that we have a better idea of the nature of the stripe artifact, the next goal is to be able to eliminate it before it shows up in the gravity maps. The elimination of stripes will increase the resolution of the gravity models and it will eventually enhance the geoscience studies that target the monitoring of the water in motion, water resources and water scarcity, ice mass change and sea level change, among others. Knowing the cause of stripes, future space missions can be designed to avoid this artifact at source,” says Peidou.