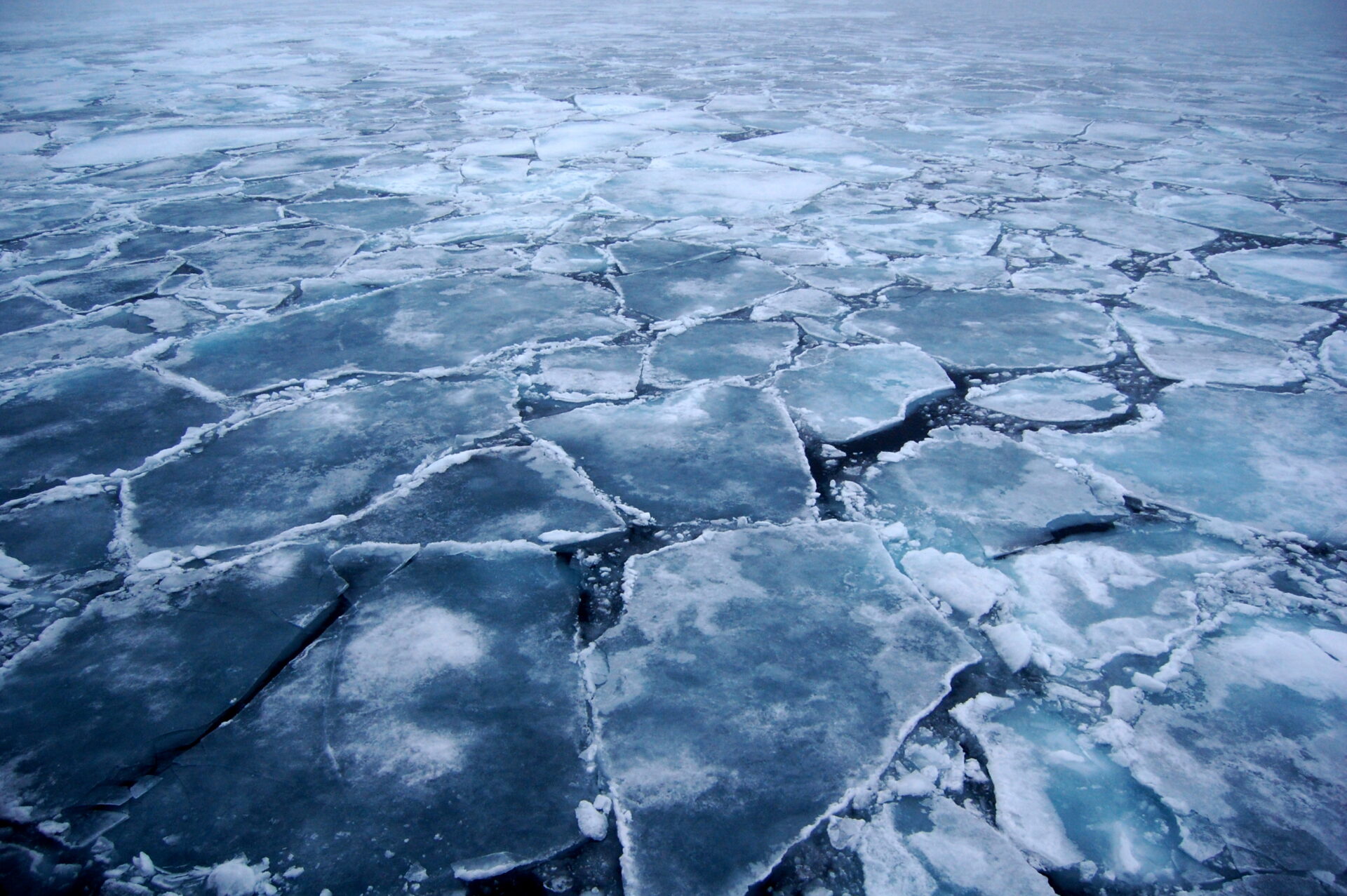 The ice thickness sensor is carried on a sledge behind the snowmobile. York University’s objective is to develop these sledges into SmartQamutiqs (Qamutiq is the Inuit name for these sledges) which Inuit hunters and rangers can take along on their own snowmobile journeys.

Icebergs drift into the Canadian Arctic in the summer and are then frozen into the surrounding landfast ice during the winter. The sea ice is approximately 1.6 m thick.