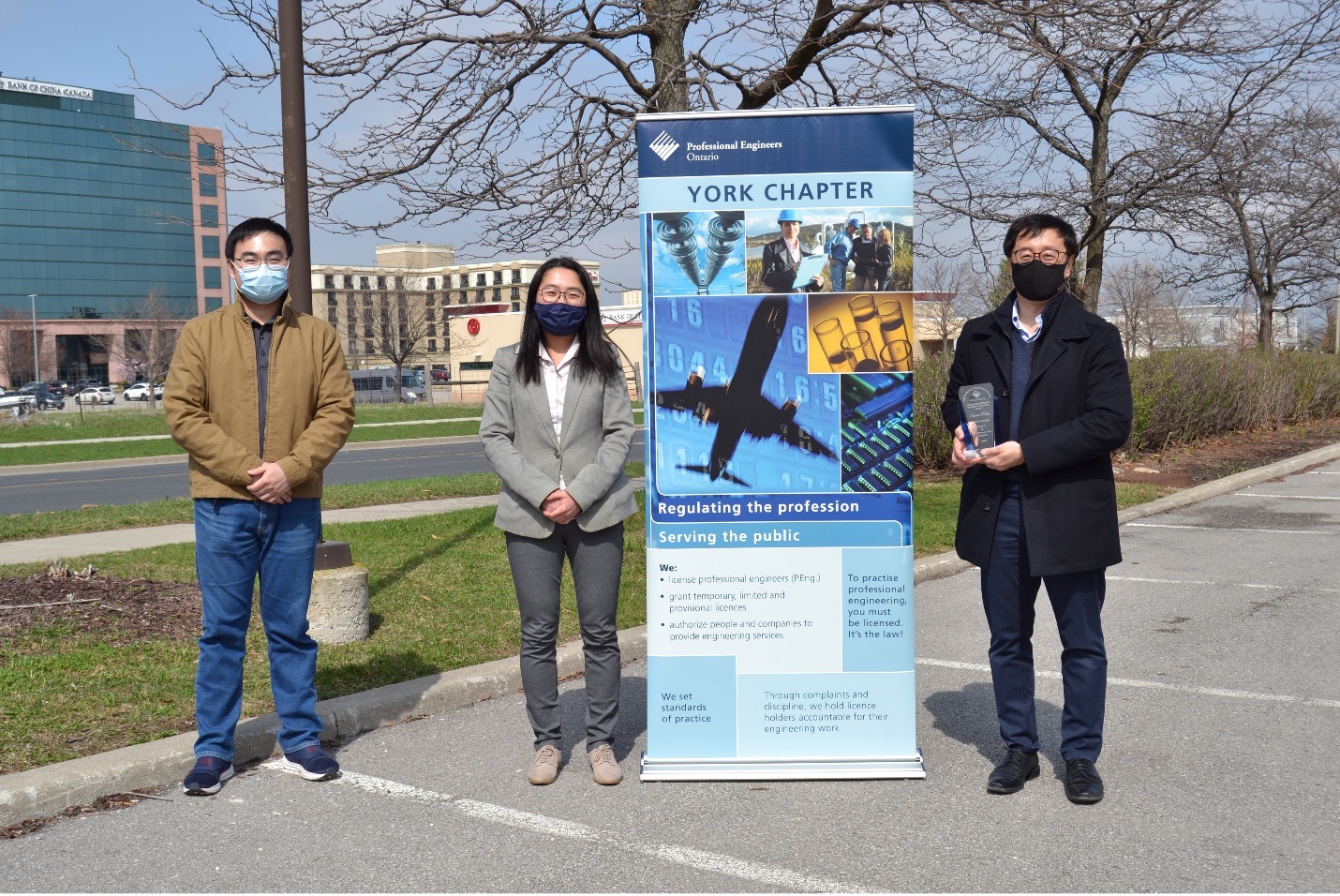 “We are thrilled our OnTRAC project was awarded second place in the Professional Engineers Ontario (PEO) York Chapter, Engineering Research Project of the Year competition. Through the strong collaboration with Gunho and York University, and support from OCI and AVIN, we are now closer to bringing obstacle detection and autonomous rail technologies to both our local market in Ontario and globally,”  said Walter Kinio, VP  Research and Innovation, Thales.

With the OnTRAC project, Professor Sohn is advancing autonomous rail transport through the development of an AI-based computer vision system that will replace existing train control systems. While automated trains are prevalent worldwide, autonomous trains represent the next evolution in rail transport. Using this system, if a train or vehicle becomes compromised or encounters a safety hazard, human intervention would not be needed to allow for safe handling of the situation.

For autonomous trains to become a true successor to automated trains or vehicles, these systems need to be able to perceive their surroundings and make “human-like” decisions based on these perceptions. This is known as Autonomous Vehicle Recovery (AVR) where the vehicle senses an obstacle and reacts appropriately.

Professor Sohn’s team at York and Thales Canada have been developing obstacle detection, classification and tracking (ODCT) perception functions to help make autonomous vehicles a reality in Canada. This innovative processing system has been incorporated into a computing and sensing system that allows for perception and response. The team has been conducting practical and experimental tests of the computing and sensing system on a 16.7 km section of the York-Durham Heritage Railway (YDHR) in Durham.

Global Autonomous Trains market is anticipated to reach $16.59 billion by 2030. The outcomes of this project form the foundation to commercialize the primary component of Level 1 Autonomous Trains as part of Thales Canada’s next-generation autonomous rail signalling and control products. This project is a massive stepping stone towards Canadian leadership in global autonomous systems.

This project is supported by the Autonomous Vehicle Innovation Network – AV R&D Partnership Fund – Stream 2 administrated by the Ontario Centres of Excellence (OCE) which was awarded to Professor Sohn and Thales in 2019.

Learn more about the project on Professor Sohn’s website.